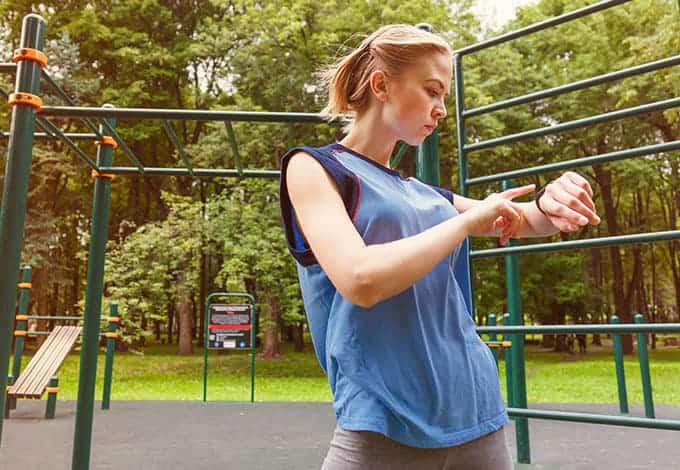 Fitbit is without a doubt, the world’s most popular fitness tracker. Since their establishment in 2007, they’ve released a wide range of fitness trackers including the Alta, Charge, Ionic, and many more. You’ll find the best fitbit prices in Australia for each of the different trackers right here.

The Fitbit Charge 2 is the 2nd generation Charge and has been discontinued in place of the Charge 3 which was released in late 2018. With that being said, a few Aussie retailers still sell the Charge 2. Most are at clearance rates so you should be able to find a good deal.

Here are the best Fitbit Charge 2 prices available in Australia:

There are many different colour bands you can use with the Charge 2 so we only listed a few of the most popular.

The Charge 2 was a major step forward in the fitness wearables market, as is the Charge 3. To learn more about what makes the Charge 2 one of the best sellers, open up the info pack or download the image here:

Otherwise, have a watch of this:

Want to know what the difference is between the Charge 2 and Charge 3? Scroll down to the end of the Charge 3 prices, you’ll find a side by side comparison of what separates the two fitness trackers.

As it’s the latest and greatest fitness tracker released, you can expect prices for the Charge 3 to be quite a bit higher than the Charge 2 – your money is going towards quite a few extra features however, more on that below. For now, let’s get into how much it costs.

Here are the best Fitbit Charge 3 prices in Australia:

Just like the Charge 2, there are many different custom bands you can choose from to style your Charge 3 just the way you like it. There are plenty of different colour combinations to choose from – sellers on Amazon seem to have the largest range at pretty competitive prices.

The Charge 3 is Fitbit’s latest released to the fitness tracker market, reaching the hands of Aussies in late 2018. It’s the 3rd Generation of the Charge series and comes with quite a few more features than the Charge 2. Here an image comparing the two: 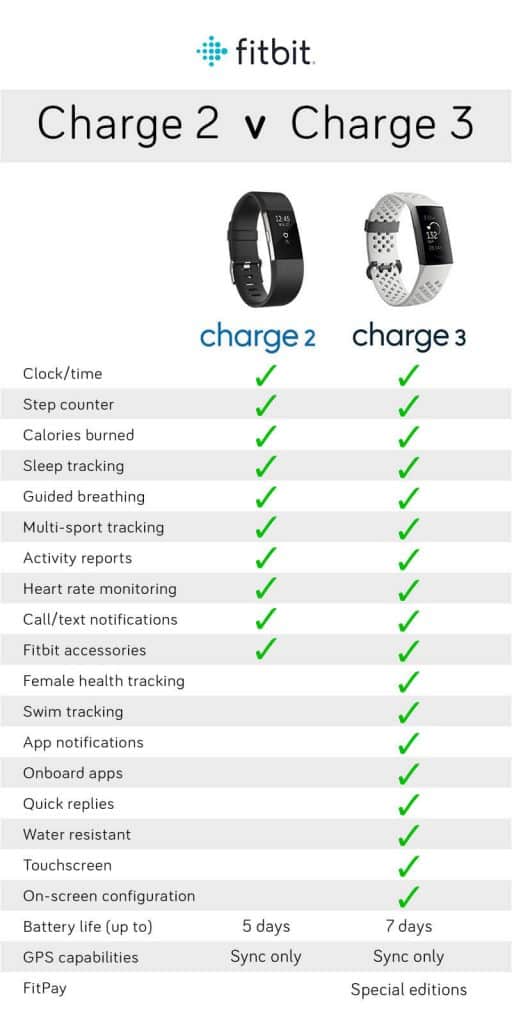 The Fitbit Alta is one of the entry-level wearables in the fitness tracker market. It does the basics like step counting, sleep tracking, and telling the time, but it also has a few niceties like reminders to move and text/call alerts. It’s priced quite low due to the limited interaction you can have with it on your wrist (it’s got quite a small and limited screen).

Here are the best Fitbit Alta prices in Australia:

As mentioned, the Alta is one of the lowest cost variants available in the line of Fitbit wearables. That being said, it’s still a great tracker for all the essentials. If you aren’t after any fancy extras, the Alta is for you. If you want one fancy extra such as heart rate monitoring, the Alta HR is for you.

Here’s one of the best reviews on the Alta HR:

Want to get your kids involved in their own fitness? The Fitbit Ace can help them do just that. It’s been specifically designed for kids aged 8+ to help make simple activities more fun and engaging. It’s also very well priced.

Here are the best Fitbit Ace prices in Australia:

About the Fitbit Ace

To sum it up – the Ace tracks steps, total active minutes and sleep. It also displays celebrations and badges for when your child hits their goals. It’s shower proof (spills and splashes) but not water proof (underwater), has a battery life of up to 5 days, and comes with an adjustable band (also customisable).

Parents can check in on their progress under the family Fitbit account, and kids can also check their own progress.

Here’s a little promo from Fitbit:

Here are the best Fitbit Ace 2 prices available in Australia:

About the Fitbit Ace 2

Like the Fitbit Ace, the Fitbit Ace 2 is a waterproof activity tracker for kids. The differences between the Ace and Ace 2 are mainly to do with their display. The Ace 2’s display is a lot larger and it’s an OLED greyscale display (unlike the black & white display of the previous version). Some reviewers claim the display is too big and almost resembles that of a smartwatch.

On the plus side, the new screen is touch sensitive which allows users to also swipe instead of just tapping.

Welcome to the premium range of Fitbit wearables. We’re moving off the fitness trackers label now and entering the smart watch zone. The Ionic is Fitbit’s most premium product available.

Here are the best Fitbit Ionic prices available in Australia:

About the Fitbit Ionic

Looking for a smart watch with all the bells and whistles? It’s got a built-in GPS, advanced heart rate monitoring, wallet free payments, different apps you can install, and a whole lot more.

Here’s a neat image showing most of the majors features:

And a video from The Verge describing a real user experience of the watch:

If the Ionic’s just a bit out of your reach or simply not for you and you’re still wanting to get a smart watch, the Fitbit Versa may be for you. It’s a step down from the Ionic but still offers many of the features you’ll likely find essential.
Here are the best Fitbit Versa prices in Australia:

About the Fitbit Versa

The Versa is sort of like an introduction into the world of smart watches. It looks like a smart watch, it functions like a smart watch, but it isn’t the smartest watch available in Fitbit’s range (that would be the Ionic). But it’s still worth considering the Versa.
Here’s a recent review by Engagdet on the device:

About the Fitbit Versa 2

While the Fitbit Versa was Fitbit’s first smartwatch, the Fitbit Versa 2 expands on that. It offers Fitbit’s fastest processor ever, all the fitness tracking features you could want as well as a 5+ days battery life. The AMOLED screen is a huge step forward in terms of picture quality. So the obvious question is: upgrade, yes or no?
Popular reviewers strongly opt for ‘yes’. The Fitbit Versa 2 outperforms the first generation in every possible aspect.

Which Fitbit Should You Get?

As you can see from all of the prices above, there are more than a few Fitbits for you to choose from, and they vary wildly in price with the Ionic costing more than double some of the other trackers. So…which one should you get?

That’s up to you to decide. Think about it this way, instead of choosing a Fitbit based on the features of each tracker, first ask yourself this – What do I want in a fitness tracker?

In saying that, sometime it is just easier to compare the features and pick the one which speaks to you the most. Thankfully, some awesome websites like Currys have already put together an easy to read 2019 Fitbit comparison chart: 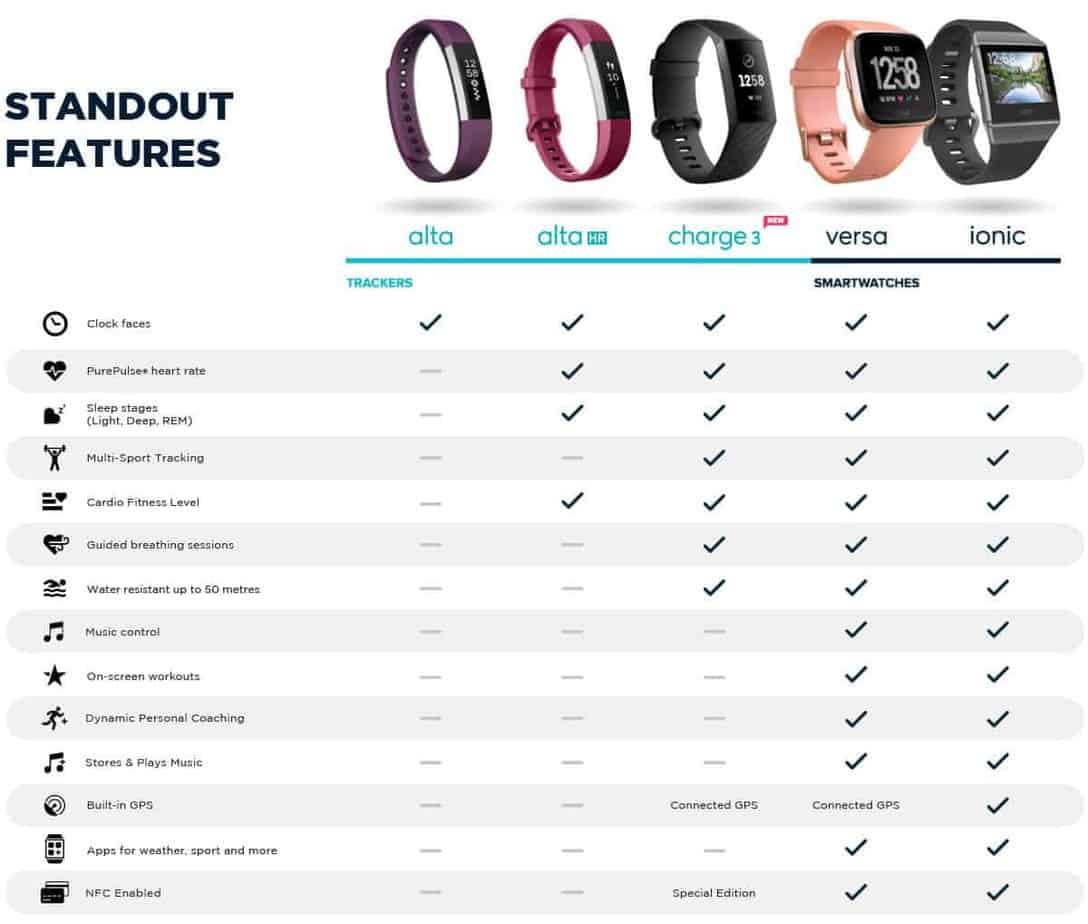 Essentially, if you want all the bells and whistles and price isn’t really a factor – you’ll regret not going all out and getting the Fitbit Ionic.

On the other hand, if you’re simply after a step counter with a simple sleep tracker then you’ll be more than happy with the Fitbit Alta. If you want to add on a few other features such as heart rate monitoring and deeper sleep tracking, consider spending a little extra and getting the Alta HR.

Not sure whether you’d be better off with the Alta HR or the Charge 3? Watch this video:

Why Is Fitbit The Most Popular Fitness Tracker?

Plain and simple, one of the most likely reasons they’ve become the most well-known fitness tracker around the world, is they’ve been in the industry for an extremely long time. Fitbit, originally called Healthy Metrics Research, Inc,  was first established in 2007 – well before the massive popularity boom fitness trackers and smart watches have seen in the past 5 years. 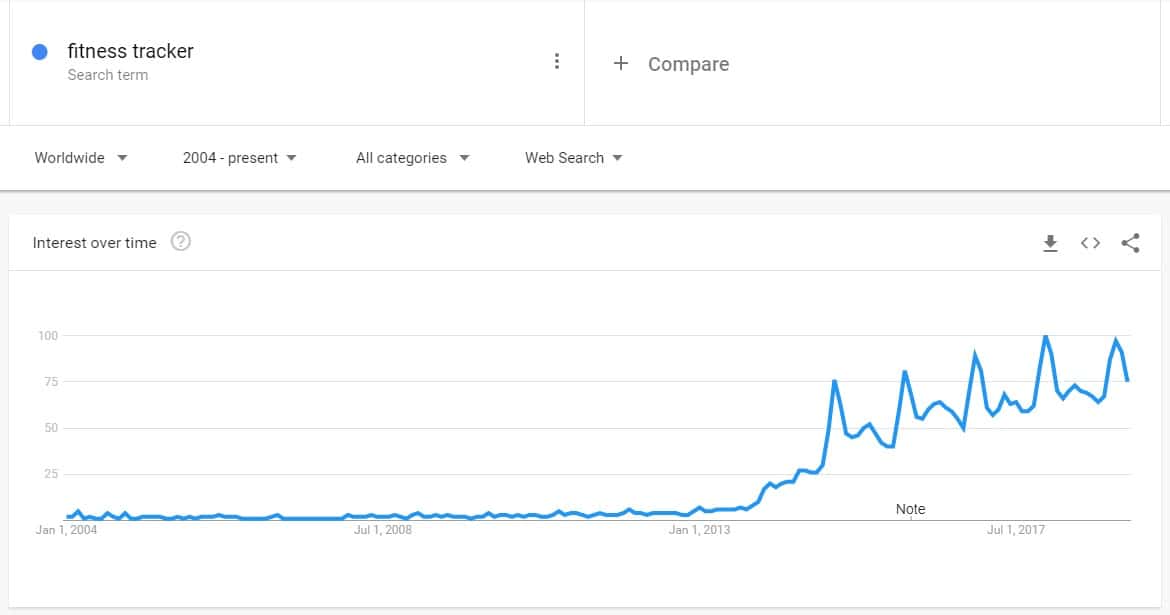 Not only were they one of the first, but they’re also one of the only companies that are wholly dedicated to fitness trackers. Other companies such as Garmin, Apple, and Samsung all have their hands in many different pies, with Fitbit the only one focused solely on fitness trackers and smart watches.

Hang on…Garmin fitness trackers has been around for ages though? Why aren’t they the most popular brand? The same reason Apple’s iPod become the most popular MP3 player and the Sony Walkman didn’t –  marketing & design.

Fitbits were one of the first fitness trackers to looking nothing like a regular watch – it was futuristic, elegant, something to set you apart from the rest of the world. And many people wanted all of those things, so Fitbit delivered.

Today, Fitbit remains the top-selling brand of fitness trackers not only in Australia but the whole world. 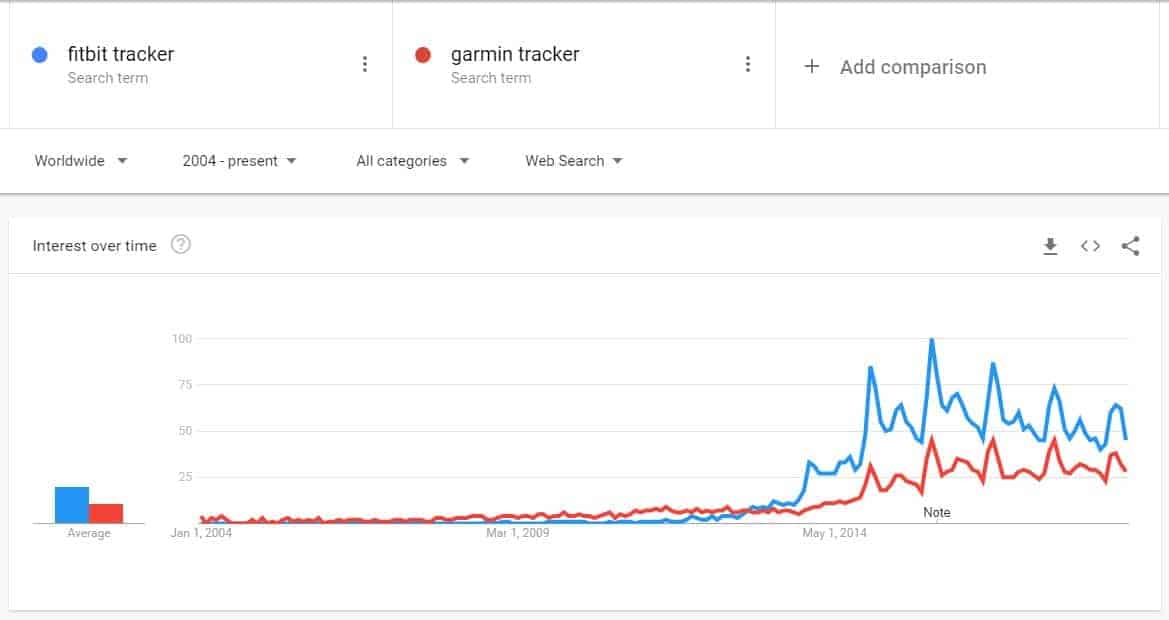 Fitbit Vs Garmin Based On Worldwide Searches

Are There Any New Fitbits Being Released In 2019?

Fitbit released three wearables in 2018 – Versa (replaced the Blaze), Ace (variation of the Alta for kids 8+), and the Charge 3.

It’s interesting to note that the Charge 2, was released two years before that in 2016, with the original Fitbit Charge first hitting stores in 2014. Based on this pattern, it’s quite unlikely we’ll see a Charge 4 being released in 2019.

However, the Ionic, which if Fitbit’s top-of-the-line smart watch, was released back in late 2017. With many new smart watches landing in stores from competing brands, there is some speculation that Fitbit will be putting out a new premium smart watch to replace the Ionic. Only time will tell.

For a list of all the Fitbit products, check out this Wikipedia page. Otherwise, you can keep up with all the latest Fitbit rumours and announcements on MacRumors.

Now that you’re well versed in all of the best Fitbit prices, hopefully you’ll be able to make an easier buying decision.

If you have any more questions about the cost of Fitbits or which one to get, ask away in the comment box below!