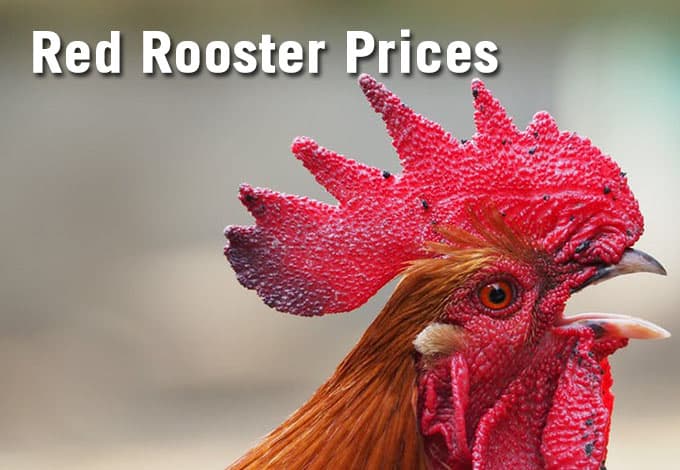 Red Rooster is one of the classic Aussie fast food chicken joints which has wholeheartedly stood the test of time. Their menu has a fantastic range of great chicken, delicious chips, and they sell it all for good prices.

Here is Red Rooster’s menu with prices in Australia: 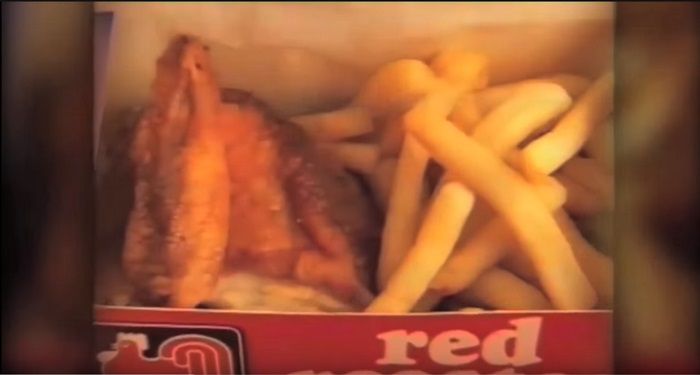 A Vintage Tv Promotion Of Their Quarter Chicken And Chips

There’s no doubt that their chicken is, by far, the most popular item on their menu. The 1/4 Chicken & Chips is one of the absolute classic lunch time meals. It’s delicious, fills you up, and doesn’t leave a dent in your wallet.

Speaking of chips, they’re probably second on the top-rated list. No idea how they make them or what seasoning they put on top…but Red Rooster definitely make some of the best chips in Australia (at least for a fast food joint). Almost, almost, coming in on top over KFC’s wonderful chip seasoning. 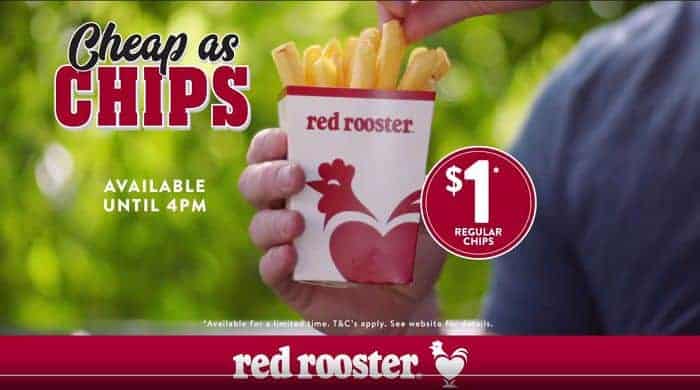 March 2019 Update: Red Rooster has finally caught up with the times and released a new Spicy Burger to compete with the other fast food giants. Aptly named the Hellfire Burger, you can get it at three different levels – mild, medium, and hot. You can also get the burger in a double patty variation, or share it with a mate in the Hellfire Share Pack.

As have McDonald’s with their menu, Red Rooster has made the move into the family meal arena, taking on KFC in what’s going to be an epic battle over the Sunday night fast food family meal.

Red Rooster has quite the upper hand, though, as they’ve been serving up Aussie families their large roast chickens, delicious sides such as peas, roast veggies, roast potatoes, corn on the cob, as we all a family-sized chips bound to satisfy all, from their menu for many of the past years. 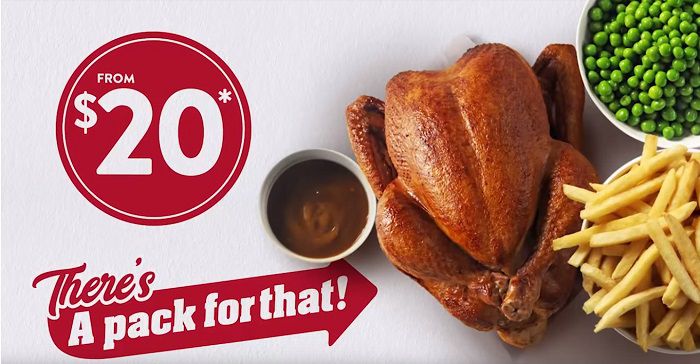 Red Rooster’s Famous For A Wide Range Of Family Meals

If you’re on the hunt to sort out lunch or dinner for the family today, Red Rooster has plenty of options to choose from. From the smallest to the largest families, their shared meals will even satisfy the fussiest of eaters.

With McDonald’s move into the family meal market, Red Rooster has recently taken up advertising on TV once more to boost their sales. Here’s one of their more recent promos:

So what do you think? Is Red Rooster on the menu for your family tonight?

The Kailis family, the founder of the now Red Rooster, opened and named the first store, naming it ‘Big Rooster‘. Together, they ran the small fast-food chicken chain for a cool 9 years before selling the business to Myer Emporium (now part of Coles Myer) in 1981.

A short 5 years later and Big Rooster became Red Rooster whilst travelling across the Nullarbor Plains to open their first restaurants on the East Coast.

After a few more sales during the late 2000s, and the Red Rooster chain fetched $450 million in 2011 to be sold to Archer Capital.

Archer manages more than $2 billion in investment funds in Australia. And under the ‘craveable’ brand, own Red Rooster, along with Chicken Treat and Oporto.

Red Rooster currently sits comfortably with 359 stores across the country,  with 95% of these locations franchised to local operators.

As do a lot of the other restaurants in the fast food industry, Red Rooster regularly sends out coupons and discounts (both on their app and through cuttable coupons in the mail).

As you know, the most popular (and the best) item on their menu is their delicious roast chicken, so it’s safe to say one of their major competitors is the fried chicken counterpart – KFC. As do Red Rooster, KFC has regular promotions and deals running to boost sales. If you’re feeling like KFC instead, click here to check out all their active deals.

Otherwise, we also have a page dedicated to all the current deals on at Red Rooster. It’s packed with a bunch of awesome savings – check it out here grab yourself an awesome promo.

Want to speak to someone at Red Rooster directly? I’d recommend sending them a message on one of their social media accounts:

If social media’s not your thing, see if your question’s already been answered on their FAQs. Otherwise, you can send them a message through their website here.

Unfortunately, they don’t have a national phone number which you can call to ask your questions. If you do want to call them, find the closest store to you (store locator) and then give them a call directly.

Overall, based on their prices and the wide variety of juicy chicken and other food on their menu – Red Rooster looks to be sticking around for the long term.

Have you tried one of their Flayva Wraps? DELICIOUS! Not to mention at least one person in every group of friends thinks their salted hot chips are the best in the country.

If you have any more questions about the Red Rooster menu or their prices, let me know in the comments below.

RELATED POST  Pizza Hut Menu Prices in Australia
Disclaimer
We are not affiliated with the above goods/service/organisation in any way. Prices should only be used as a guide.

please can you help me get my $5 member ship reward..i have tried for weeks now with no luck.i missed out on my birthday free meal as well all i get is my rewards when i purchas a meal each week….thank you…

Fairly sure this page isnt run by Red Rooster themselves. Maybe try contacting them through the feedback page on their website or through their facebook account.

Mmmm …arse flavoured chips wash em down wid an expensive can of coke… for $7.80 I’d have wanted a blow job as well 🤪