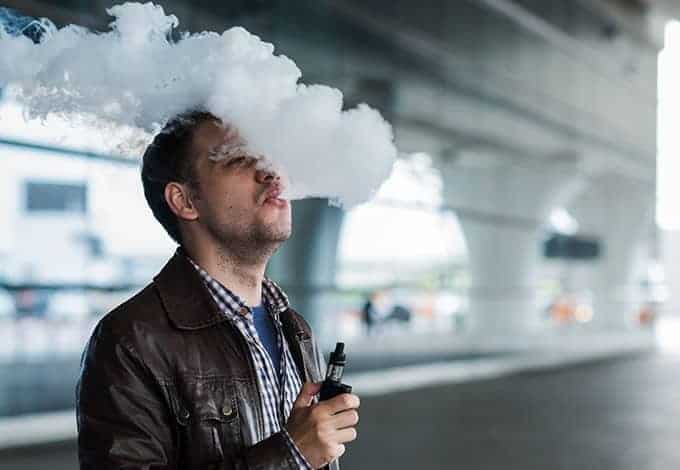 Find out how much vaping costs in Australia, including vape pen prices and price for vaporisers. We’ll also take a look at the cost of vaping versus smoking.

Here are the latest vape prices in Australia:

What Do The Vape Prices Actually Mean?

If you’re a bit confused after seeing the prices above, don’t worry – I was too in the beginning. But after reading through this post, you may not be an expert in the vaping industry, but you’ll know your way around good enough to know what you’re doing.

To understand the prices a bit further, you’ll need to know what exactly makes up a vape. Generally, there are three components: 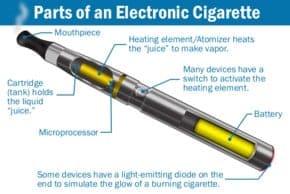 Components Of A Vaporiser (source)

If you’re just starting out in vaping, the easiest thing you can do to get started in to buy a starter pack, which will contain all three components you’ll need to start vaping.

Many vape stores have starter packs and they’re a great way to ease into vaping. I’ll talk more about where you can buy good quality starter packs from below.

If any part of the vape device breaks down or becomes unusable, you just can buy that component again instead of replacing the whole thing. Similarly, once you run out of liquid, you can easily stock up on more.

Cost Of Vaping VS Smoking Comparison

It all depends on how much you smoke.

If you’re a pack of tailored per day, that’ll be costing you around $250-$300/week based on the ever-increasing price of cigarettes in Australia. In terms of vaping, you can expect to be using around a bottle of liquid every week and a bit, which equates to around $20-$30/week. Yep – it’ll be around 1/10 of the price.

Keep in mind, there are the startup costs of buying the actual vaporiser and replacement components when needed. But still, vaping is no where near the cost of smoking cigarettes.

Sure, rolling your own cigarettes won’t be as expensive as buying pre-rolled, but it still won’t be anywhere near as cheap as switching to vaping instead.

Here’s a Canadian’s take on the cost of vaping against smoking:

Are Vapes & Vaping Legal In Australia?

Vaping and electronic cigarettes is still a relatively young industry, meaning the government hasn’t quite yet stabilised the regulations. In fact, in late 2018, South Australia (one of the last to release laws relating to vaping) decided an all out ban on the sale of vaporisers and e-cigarettes is the best way forward. As you can guess, many have condemned the laws, even calling them ‘draconian’.

Similarly, Queensland, New South Wales, Victoria, Tasmania, and the ACT have all banned vaping in public places, with fines of up to $550 to anyone who does.

With all that being said, hundreds of thousands of people buy vaporisers in Australia and smoke them too without any repercussions.

There are hundreds of international stores selling vaporisers and liquids with shipping to Australia. However, they’ll have to pass customs to get into the country so you’ll be better off buying from a local place who already have stock in the country. You may be paying a slightly higher amount, but it’ll get to you faster anyway and it’ll be guaranteed to arrive (instead of possibly being seized by customs).

So…where can you buy them from? If you’re anywhere other than South Australia, you likely won’t be too far from a local shop that’ll have everything you need. Otherwise, there are plenty of reputable online shops you can buy from like Namaste Vaporizers.

Now that you’re a little more knowledgeable on the cost of vape pens and liquids, you can start your vaporising journey.

If you have any more questions about vape prices, or how much is costs to start vaping, let me know in the comments below.